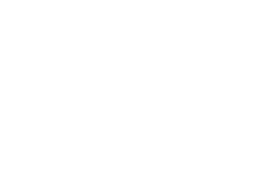 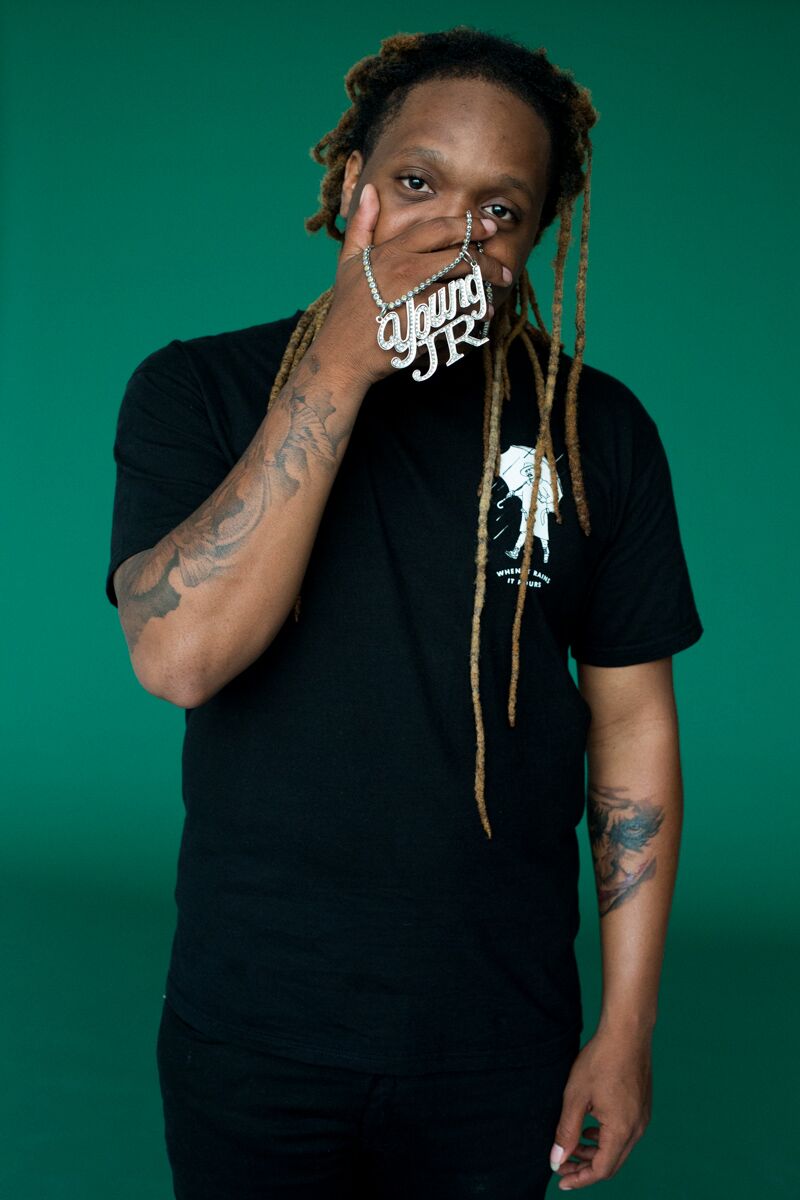 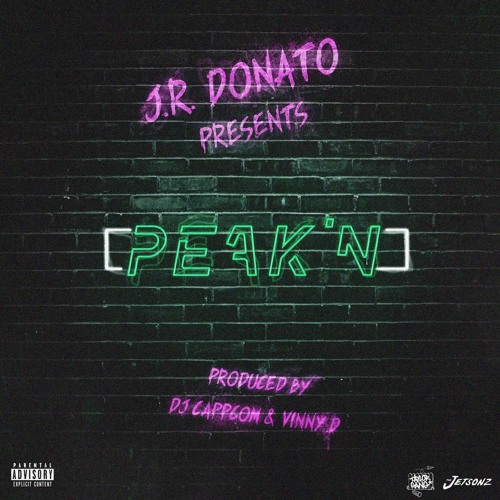 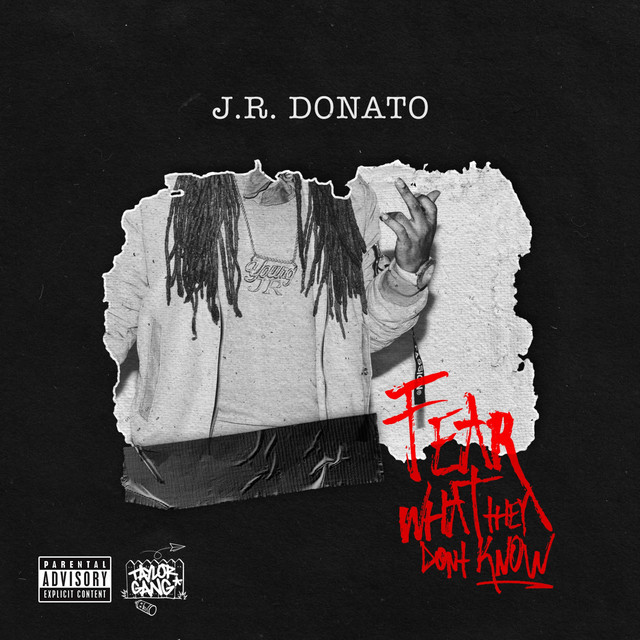 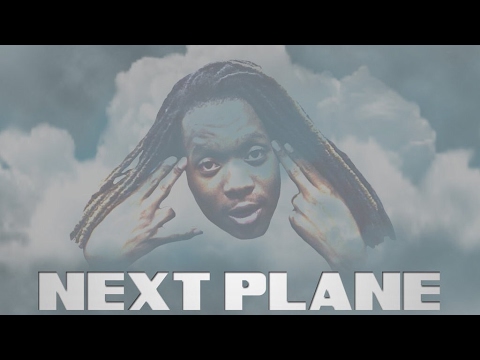 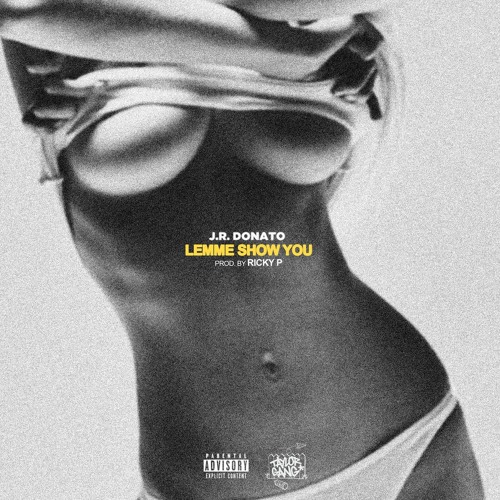 At just 21 years old, Chicago’s J.R. Donato—born Demetrius Gordon, Jr.—already has more than eight years in the rap game under his belt. But this isn’t just eight years of hallway freestyles and playground ciphers: by the time he reached his twenties, J.R. had already been mentored by hometown hero Twista and signed by Wiz Khalifa to his Taylor Gang label. From swiping his dad’s Tupac CDs out of the family car to begging his grandma for a copy of Get Rich or Die Trying for Christmas, JR was surrounded by music at a young age in his hometown of Waukegan, just north of Chicago. Soon, he was determinedly handing out burned CDs of his own music to his classmates, recorded at his dad’s studio; finding his hard work left scattered on the ground by disinterested peers only fueled his ambitions. By 13, he’d already landed a local hit, “500 Degrees,” under the name Young JR. Not long after, JR caught the attention of Twista, Chicago’s first bonafide rap star. He joined the veteran on high school tours throughout Chicago, spreading his buzz from the North side and beyond and seeing his city from a whole new perspective. Rap from Chicago’s North side often falls under the shadow of the city’s other regions, especially following the explosion of the South side-centric drill movement in recent years. But the Chicago experience extends far beyond any one sector of the city, and while JR’s music doesn’t fall under the umbrella of a nationally-recognized subgenre like drill, he likes it that way. “I didn’t come up in that era when drill started popping off,” he said. “But that’s not really shit to me. I like the fact that my come-up is gonna be different.” JR's career began blossoming by his junior year when he found himself on tour with local legend Twista. Sure enough, the young MC soon crossed paths with Wiz Khalifa, one of his biggest inspirations. Wiz quickly became a mentor to JR, featuring him on his 2012 Cabin Fever 2 tape and signing him to his Taylor Gang label, where he remains the only Chicagoan of the crew. JR spent the next couple years touring with Wiz and the Gang on his Under the Influence of Music Tour, the opportunity of a lifetime for a Midwesterner still in his teens. On his 2014 mixtape North Pole, JR featured a range of guests, from Wiz to Ab-Soul to Iamsu!. But on his newest project, Fast Money & Freedom, there are no features; he’s determined to prove he can hold his own with no co-sign or outside help, even from his mentor Wiz. It’s a cohesive eight-song project that still shows JR’s versatility—from Atlanta-leaning trap rattlers to guitar-tinged stoner jams—and tells the story of his city from the eyes of an introspective North Sider with a lot of life experience at a young age. “In Chicago, Fast Money & Freedom is the perfect way to describe how we look at life at 17, 18 years old,” he explains. “A lot of people drop out of school because they can’t go to school without getting into a fight that’s gonna lead to a shootout. So motherfuckers end up focusing on other ways they can feed their family. That’s our mindstate here: fast money and freedom. We can’t think about college and all that slow motion shit. We gotta get it right now.” But for a rapper with almost a decade of experience before he could legally drink, JR’s still a 21 year old who loves Chicago sports teams, can quote any episode of Martin by heart, and likes vibing out in peaceful scenarios—maybe under the influence of some psychedelics—where he doesn’t have to worry about the troubles that shade his hometown. “That’s what we’re working hard for—to distance ourselves from as much negativity as we can,” he emphasized. “If I could smoke weed with everybody in the room and get them to feel like I’m feeling, that’s my idea of a good day.”

Listen to "Peakn" by JR Donato

Listen to "Next Plane" by J.R. Donato ft. RMB Justize